The United Kingdom is a major tourist destination. One can easily access some of these awesome places by bus. Bus transportation is a cheap means of transport in the UK. Here are some of the popular destinations you can access by bus in the UK. 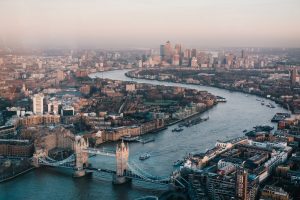 London is the capital city of England. This makes it an exception and one should visit the city when touring the United Kingdom. It is advisable to book the bus tickets early so as to get great discounts. Some of the places you should visit while in London are, Big Ben, London Eye, and Buckingham Palace.

Bus tickets to Bath are way cheaper compared to other means of transport. Bath has a great history which is fascinating to learn. Some of the top places to visit in Bath are the Georgian Crescents and the hot springs. Bath also has a lot of history about the Roman culture.

This is a city in Northern Ireland. Travelling by bus is the easiest method to get around the capital city of Northern Ireland. This is a cultural town and has a great heritage. This town is also known as a party town. One should make it a priority to view the Victorian Architecture and the Titanic Museum when visiting Belfast.

Cambridge is easily accessible by bus. Buses offer a cheap way of transportation to Cambridge as travellers can buy tickets in advance and get discounts. Travellers can also buy travel cards to get to Cambridge. Cambridge has some exciting hotels where you can get a great taste of English foods and some refreshing drinks.

Buses offer an affordable means of transport to travellers. The city is one of the great cities of the United Kingdom. The city has two great football teams which are well known around the world. The city also has a great nightlife which is very enjoyable.