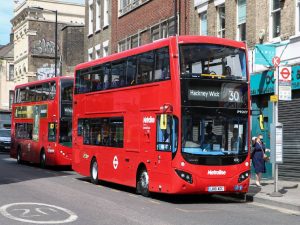 In the United Kingdom, bus transport companies make it possible for travellers to buy tickets before their trip. This is made possible because of the regular travel times and also the existence of travel timetables. For this reason, travelling by bus in the UK has become easy since you do not have to wait until the travel day.

Travel by bus is easy and accessible in England because the bus stations in the country are many and are located at suitable places. The terminals are at places such as urban centres which can be easily accessed by most people and close to train and airline terminus, which makes the transport network efficient.

Bus Transport Can Be Used for Emergency Travel

The bus transport in the United Kingdom also caters for people who may want to travel at short notice. This is possible because some bus companies do not necessarily need you to book in advance. This means that you can pay when travelling if and when such a need arises.

There Are Buses for Short Distances

If you stay in England and you want to travel over short distances, you do not have to book a bus to travel. There are buses that move around specific locations, and they go collecting people along the way. This means that you do not need to go to the main terminal to board a bus. There are bus stops along the roads which make bus transport accessible to everyone.