The public transport sector in the United Kingdom plays a vital role in the country. There are several means of travel in the industry and bus transport is quite common. The use of buses has been there for a very long time. Here’s a brief and interesting insight into this long-thriving means of transport. 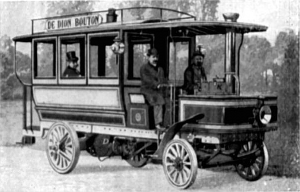 The history of bus transport in England started with the horse bus era. John Greenwood started the first omnibus service in 1824. The service was for short distances and did not require one to book in advance.

Then, the motor bus period started in the 1830s. During the 1830s, steam buses were tested. As the years went by, developments got better, and in 1897 there came the motor bus services. The buses were petrol driven.

The bus service sector grew, and in 1980, the government came up with a programme to privatise the bus service. London bus services were transferred to a different company in 1984. It was then divided into smaller organisations in 1989, and later it was privatised. Other bus service companies in the UK include Transit Systems.

The most common buses are the double-decker buses and the full single buses. Minibuses were used in the sector during the 1980s. These minibuses became popular with the presence of several Mercedes Benz makes.

Most buses in the United Kingdom are privately run, though there are some operated by non-profitable entities or the community. Others are also operated by the local authorities such as the municipal bus companies. Several popular groups in the country have subsidiary bus companies which operate in both rural and urban areas.